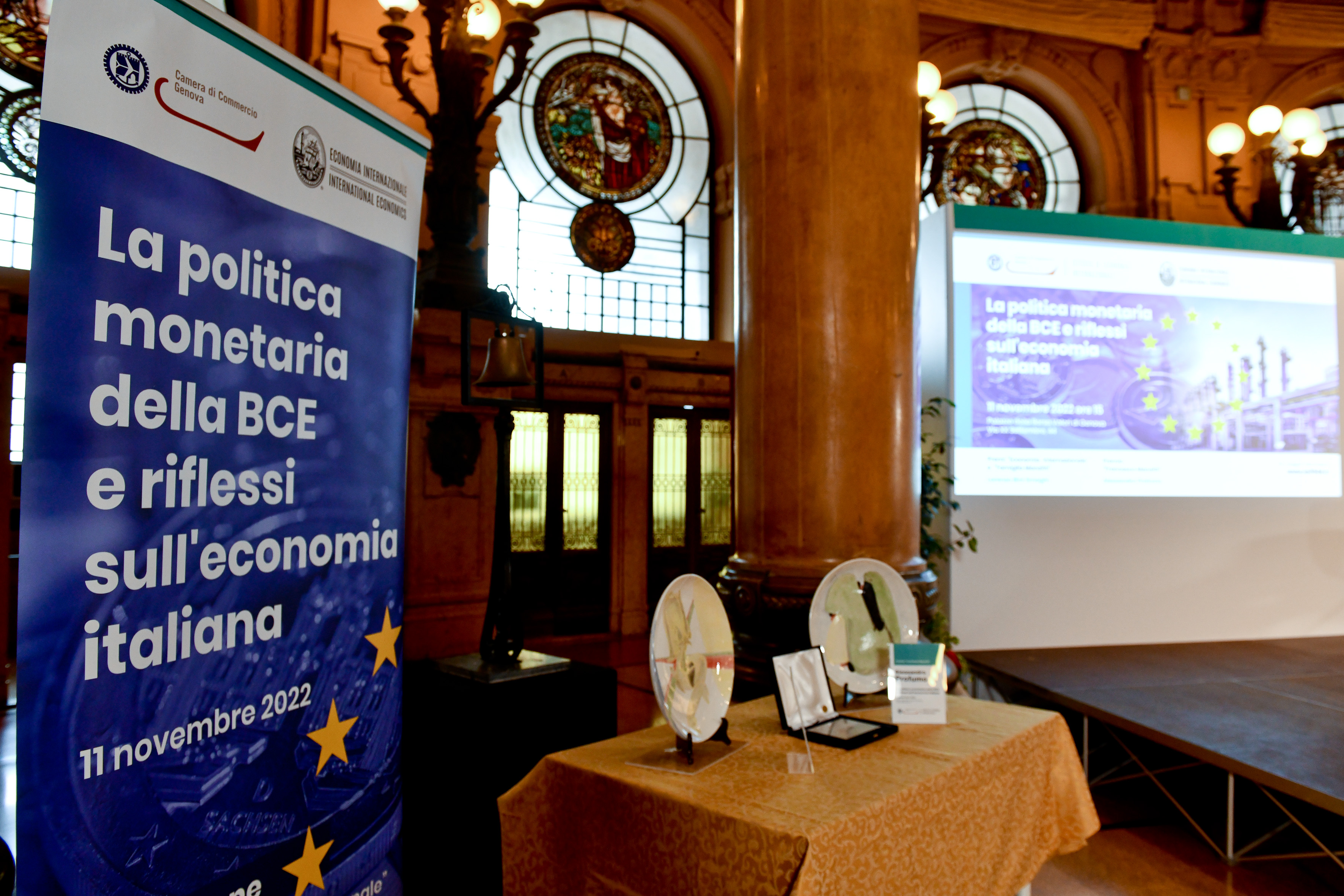 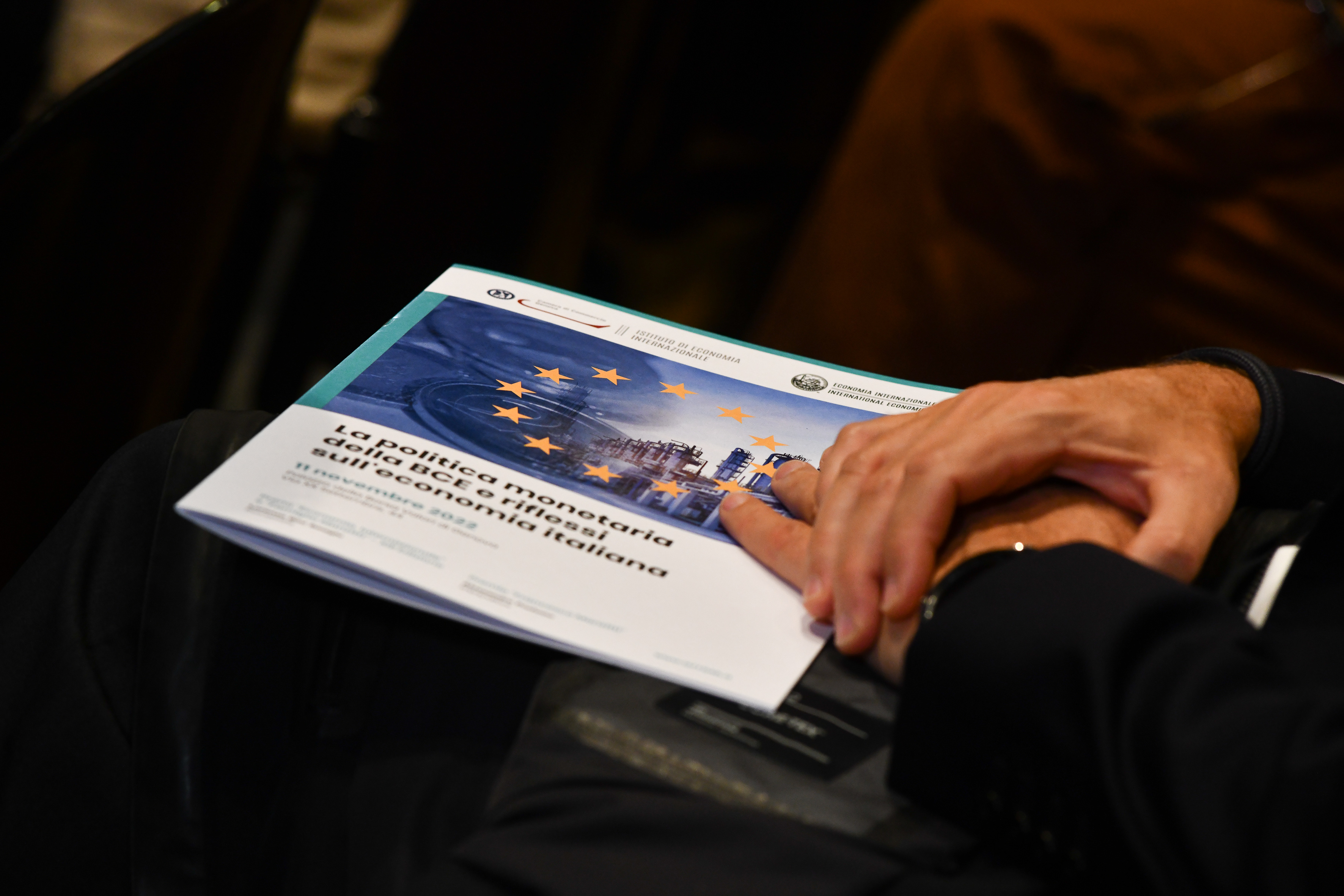 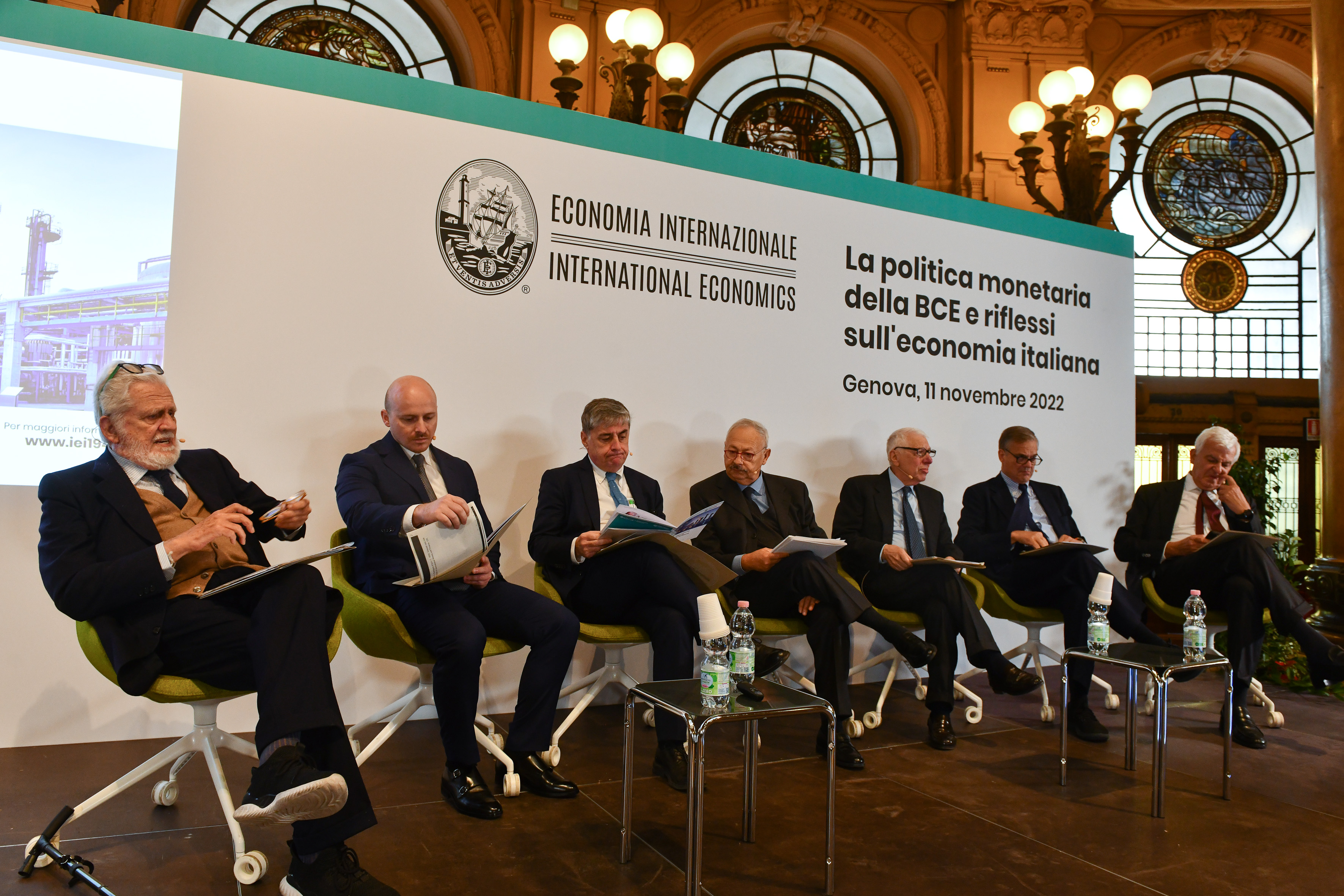 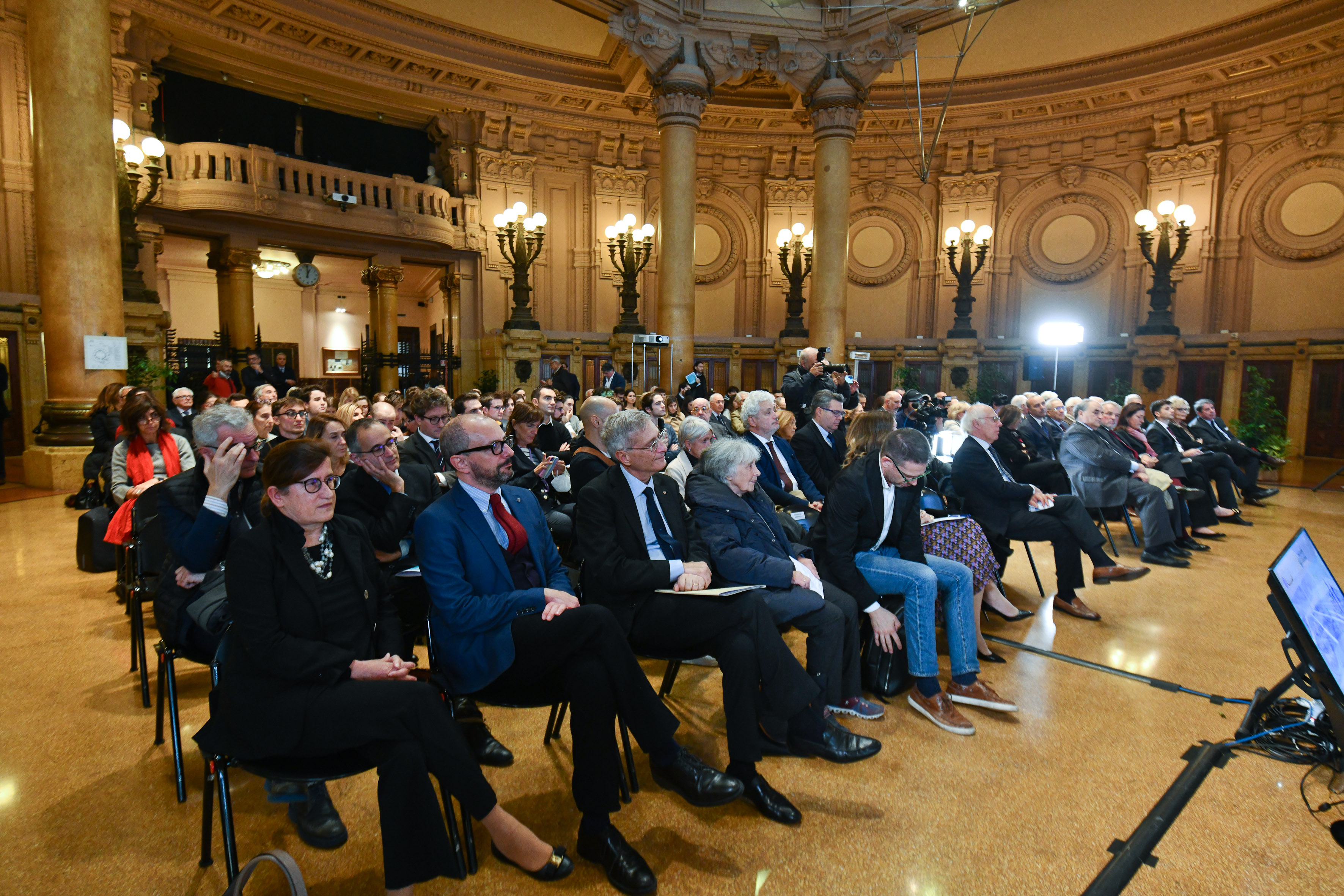 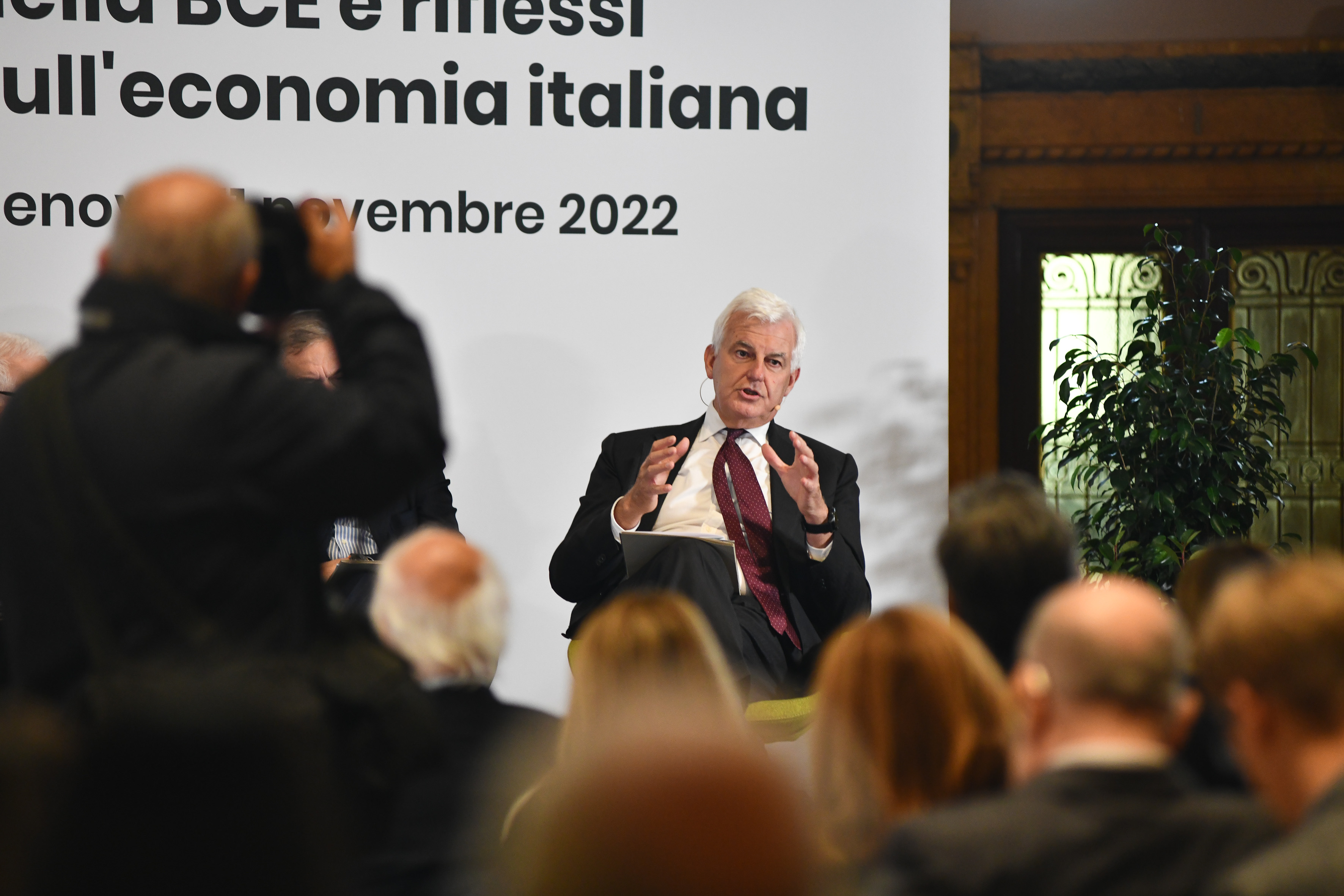 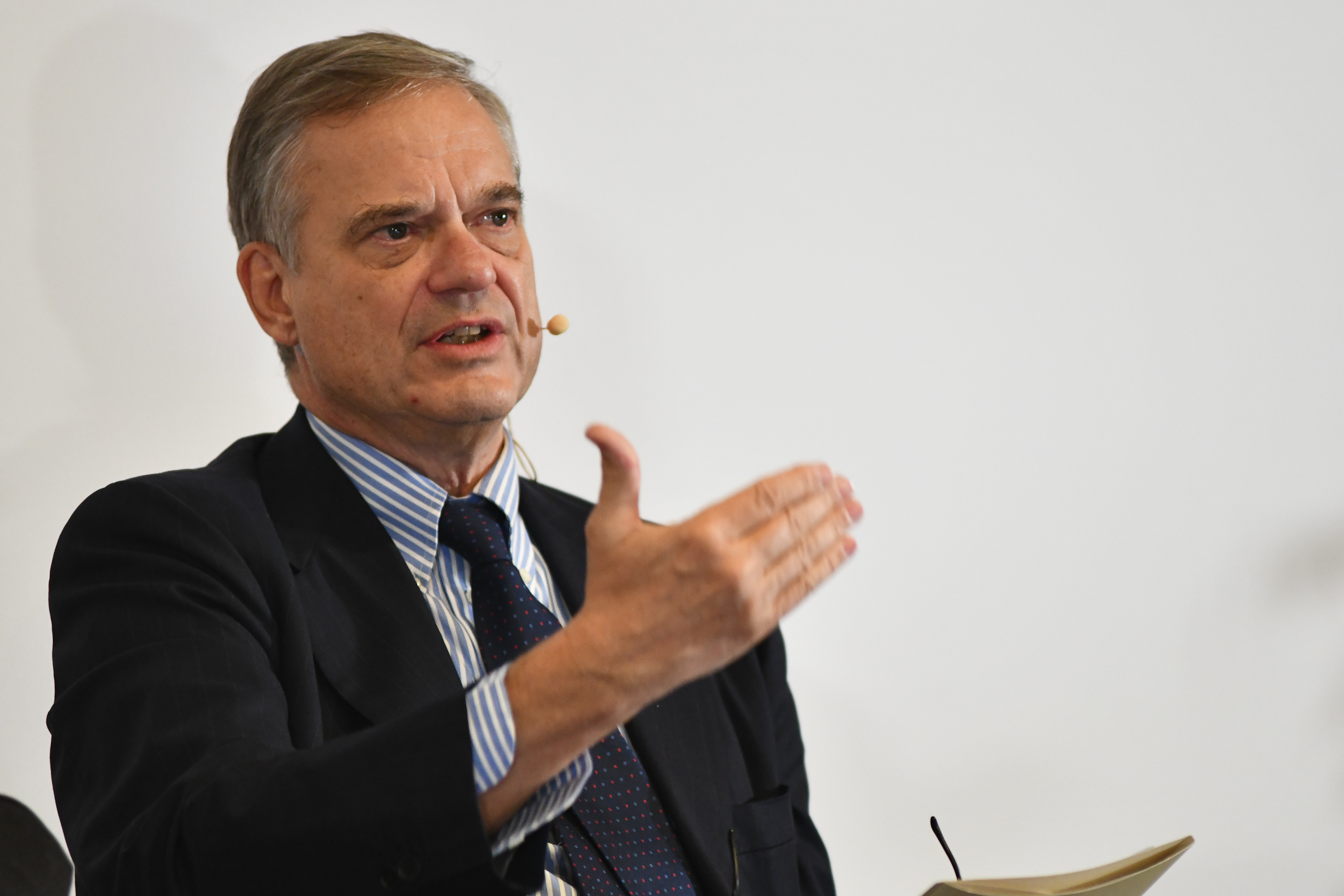 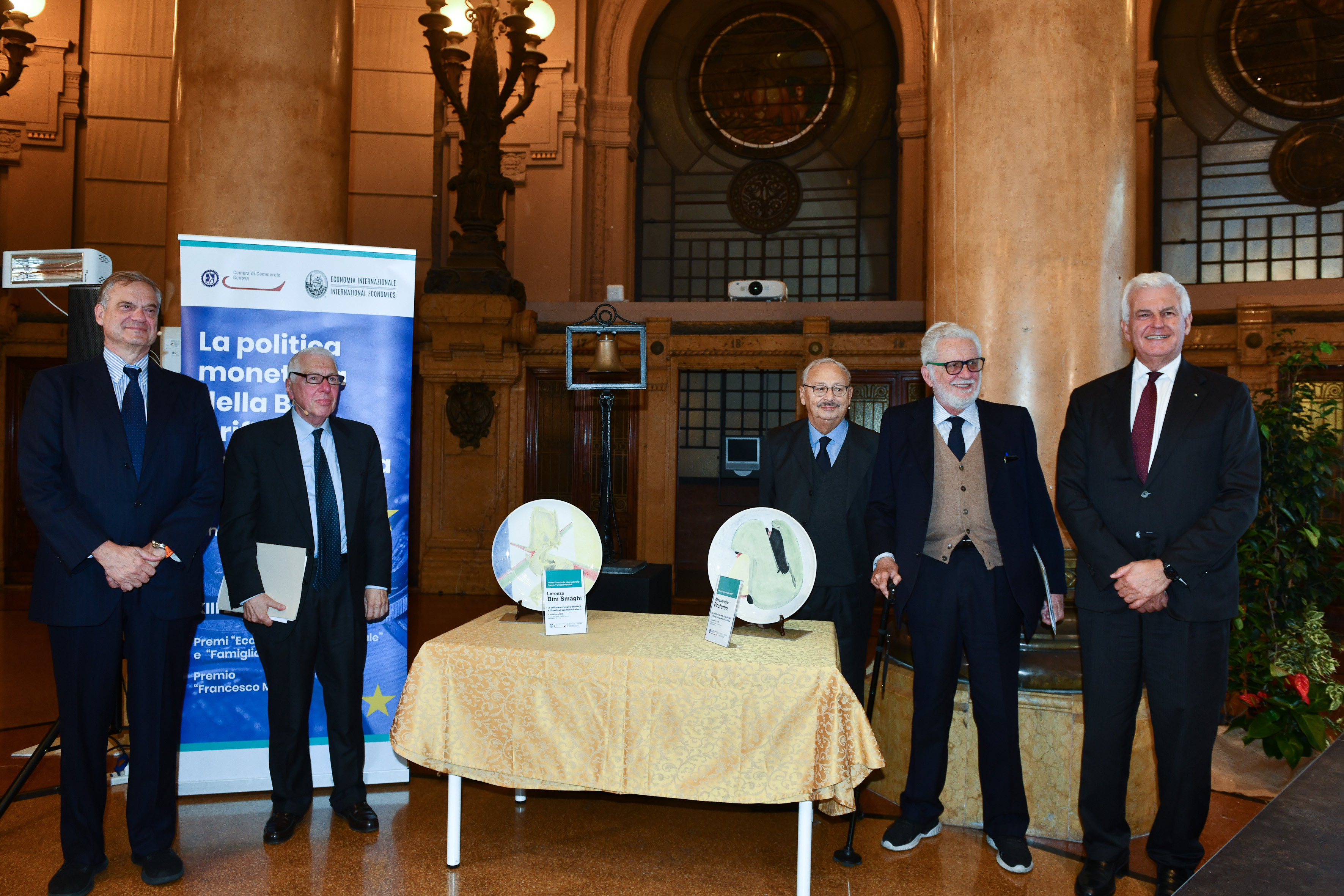 Since 1946, the scientific structure of the Genoa Chamber of Commerce has been a propulsion system for research on issues of international economics.

The Institute for International Economics was officially opened in November 1946, attended by the Italian President Enrico De Nicola with the participation of authorities, economic operators and academics from all over Italy.

History of the Institute

The Institute was born in 1945 on the initiative of the Chamber of Commerce, then led by President Francesco Manzitti, and of the University of Genoa. The Institute officially opened on 4th November 1946 in front of the President of Italian Republic, Enrico de Nicola, and the highest political and economics authorities of the country.

The Institute has always been involved in the organization of important events like the International congress of parliamentarians and experts for the development of international trade in 1948. This Congress was attended by almost thousand delegates and experts from 50 countries. After the devastation of II World War this international conference represented a fundamental opportunity for debates and exchange of ideas on issues concerning international trade and its recovery, to be inspired to a new trading system able to reduce economic imbalances among countries.

In the following years, the Institute went on promoting and organizing international meetings and conferences of prominent scholars or important personalities of the economic world, as Wilhelm Röpke (1963), Ota Sik (1971), John Kenneth Galbraith (1972), until Mario Monti (2005).

The award ceremony usually takes place during the annual conference organized by the Institute with the participation of outstanding figures from the academic and the entrepreneurial world.

Founded in 1805 by Napoleon, it is one of the oldest Chambers of Commerce in Italy, with a tradition of strong commitment to the development of the port and its traffic, industry, infrastructure but also culture and technical and commercial training. 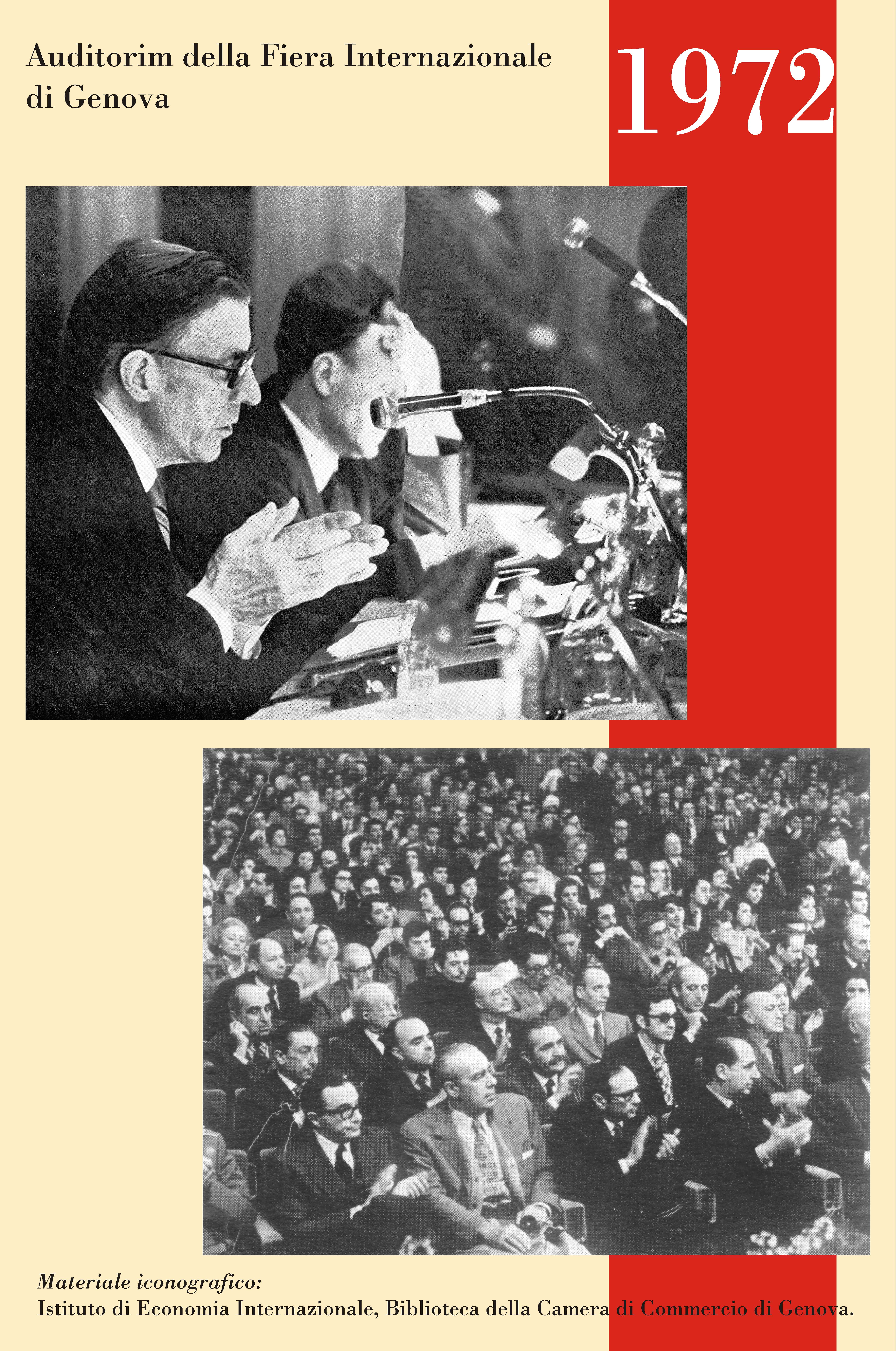 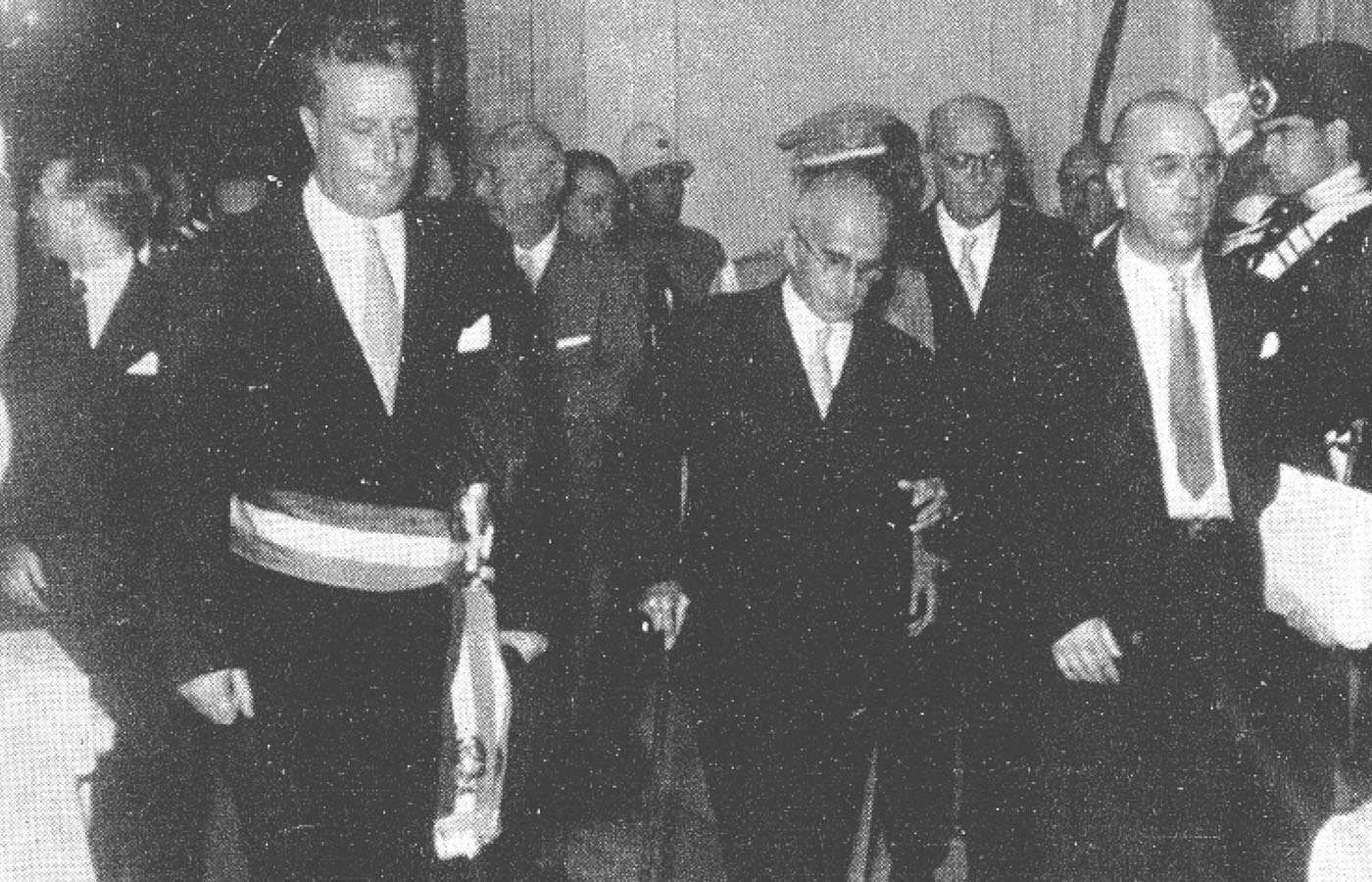 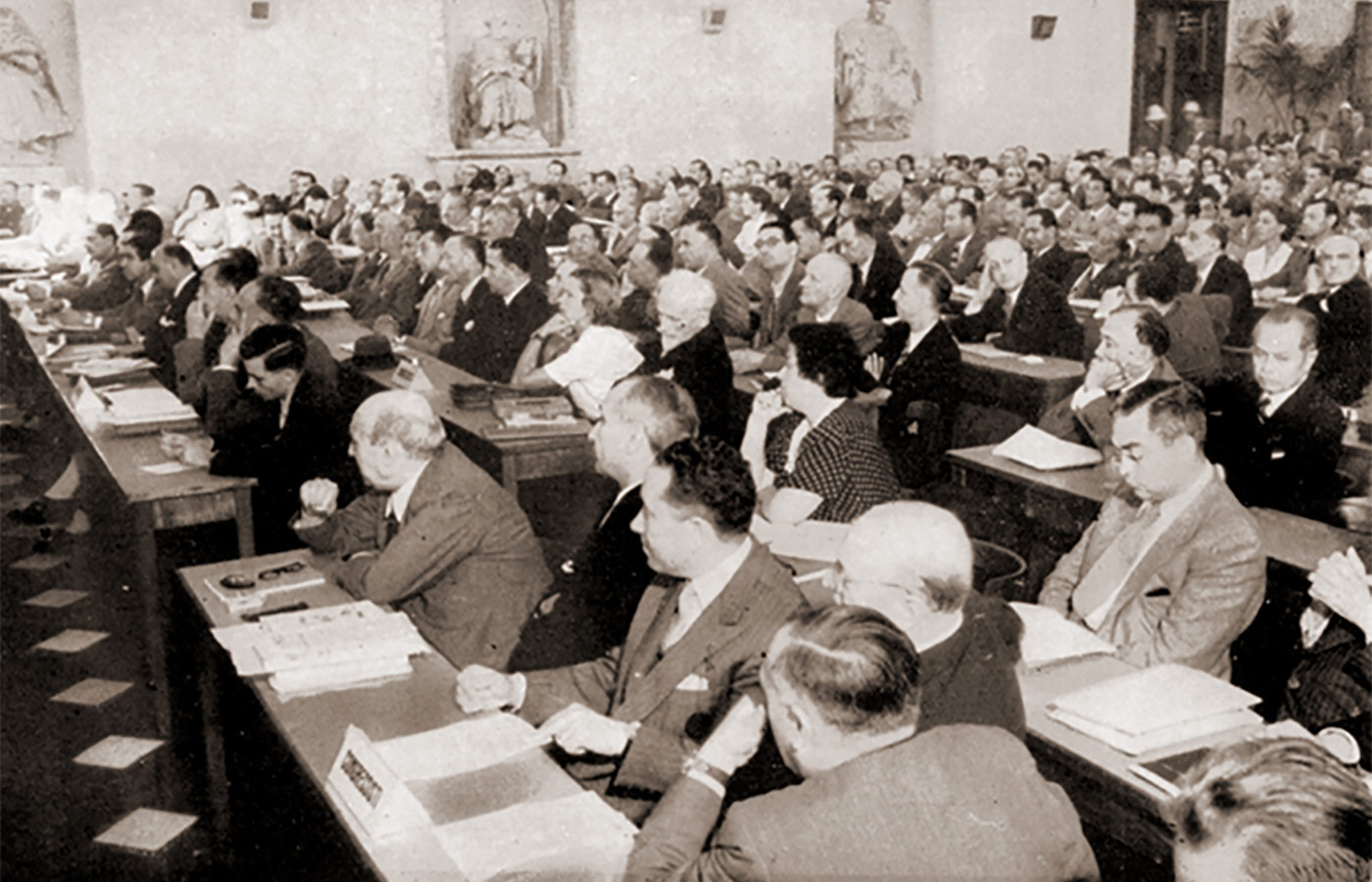 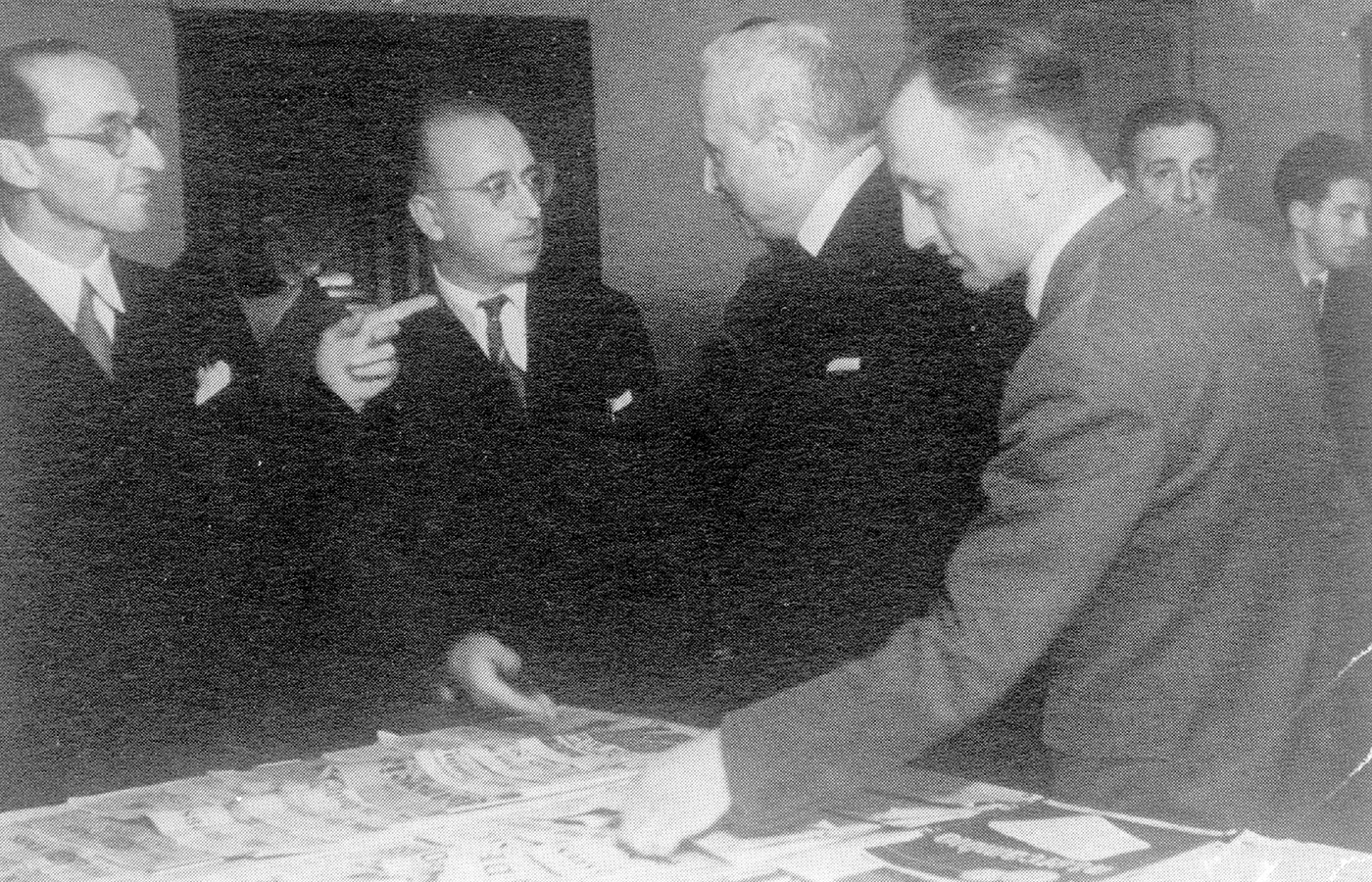 Back to the top

Institute for International Economics
of the Genoa Chamber of Commerce

The data, documents, files and information contained in this website have been provided merely for information purposes.

Although the content of this site has been handled with the utmost care, neither Istituto di Economia Internazionale, nor its content providers or personnel can be deemed responsible for any errors or omissions in the content of this site, or direct, indirect, consequential or any other type of damage related in any way to use of this website or the functions contained therein. The content may be updated and/or improved without prior notice and without a predefined timetable.

Istituto di Economia Internazionale declines all responsibility for the content of third party sites to which the links of this site may refer. The external links are supplied solely for practical purposes and this is not to be considered in any way as approval of the content of said third party sites nor even guarantee of their being up-to-date or adequate.

For any further information please contact our main office.

Section under construction. It will be soon updated!

Economia Internazionale/International Economics undertakes to comply with the highest ethical standards in the publishing field and to defend the rules of ethical behaviour in every stage of the publication process by adopting the standards set by COPE (Committee on Publication Ethics).

Papers published in this journal are peer-reviewed (double-blind).

The journal may use plagiarism detection software to screen the submissions. If plagiarism is identified, the COPE guidelines on plagiarism will be followed.